James worked as a designer for an ad agency in Prague until he ‘sort of got bored of it’. He craved a challenge, to exercise his mind, to learn something new. James likes creating things, especially digital products. Coding was the obvious next step. 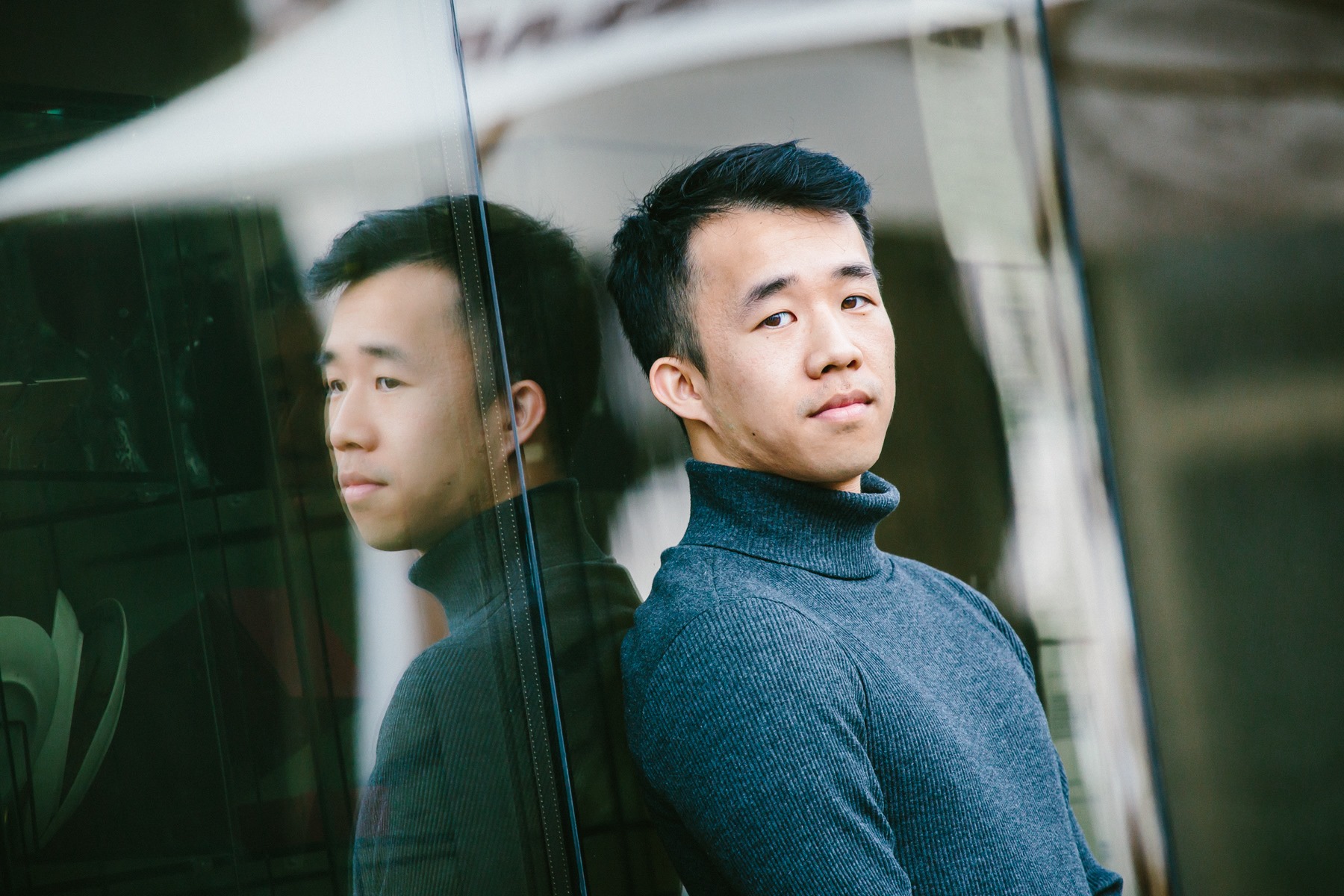 “I was a designer at an advertising agency for over three years and then I sort of got bored of it. At first, I was learning a lot, but then the learning began to plateau. I did print ads at first, billboards, magazine spreads, then digital web banners, essentially all the stuff that you try to ignore. Eventually, I started doing art direction, where I wouldn’t just be in front of a computer, but I would offsite to a photoshoot, and work with the photographer, or go to a video shoot and work with the director, producers, and director of photography.

I always saw technology as constantly changing, and I found it cool that you could just make things. This is why I learned to design. I enjoy making things. I like turning something intangible into something tangible. You can bring an idea into the world with design. But, if you can also code, then you can combine the two and it opens up a lot more possibilities. Ultimately though, I’m interested in creating digital products, so learning code just made sense.”

Why do you think learning to code is important today?

"There’s an information revolution and a lack of developers, because it’s not easy to learn, it takes time and a lot of motivation. Whereas with design, the barriers to entry are lower, people can go on YouTube and learn how to do a logo on Illustrator. Additionally, most people (clients, especially on crowdsourcing platforms) have low standards when it comes to visual taste, so supply isn’t constrained, which has resulted in a somewhat saturated market. With development, there’s also an element of freedom. Take some of the developers I know, they work remotely, or they may be in another country for a month and would be able to work at the same time.

You can’t really do that with design. It’s one of those rare jobs where all you need is your laptop and the internet to work. Even if you learn to code and you don’t end up becoming a developer, it’s still really useful because you learn a way of thinking and problem solving that would serve you well in any industry."

"The mentors are pleasant, and they have different backgrounds. We have this one guy that’s really experienced in back-end, another guy who is really experienced in front-end, and one that’s experienced in both. A lot of the time we’re working on algorithms or problem solving and we can ask them for help anytime. When there are new topics they use the projector and they cast their screen to show what they’re doing and how they’re thinking. So it’s both hands-on and hands-off. They really do encourage you to ask them questions. Because with a lot of the developers, the majority of us are quite introverted (we did the Myers- Briggs personality test and most of us were introverts)."

What skills do you think are a good base to have if you’re considering the course?

"Bit of a maths background helps. That being said, although I’m Asian I’m not a math genius. I’m ok at it, like I did it just to get by, just to pass in a way. But after that, I didn’t really do any maths or anything like that in college or university. I was more of a creative type. I think maths definitely helps, but it’s more like logic and problem solving. If you like doing puzzles then I think you’d be okay. What was the most challenging aspect of the course? There was never really an easy period. But when I first entered it was all totally new. We did HTML and CSS, which isn’t really coding but you kinda learn the syntax of how to build a website. It’s like building the structure of a website and how it looks. I was familiar with that, so that eased me in. But from the first and second week it was all totally new. New concepts are constantly being introduced, at the end of every day you learn something new and you feel a little smarter. But at the beginning of the next day when you encounter a new topic, you feel dumb, which grounds you because you realise how much you don’t know. It’s somewhat motivating. You realise you have a big climb ahead.”

"Every day 9 to 17:30. And because we cover a new topic every day, every evening I would study for like 2 hours. So it’s pretty much like a full-time job. The first month was pretty intense because of how much new information we had to soak in. I was missing that at work, and at times I did feel overwhelmed. There are three phases to the program; foundation, orientation and project. In the foundation phase, you get introduced to how computers work, using the command line, git, logical thinking, and solving algorithms using conditions and loops. And then there’s a foundation exam. Orientation is harder- you go deeper into the technologies. And that’s also capped with an exam. Then you have the project phase. For the project phase there are different projects or teams that you can work on.”

Tell me more about the Project Phase. What project did you do?

“You can do Front-end which is what you interact with on a website. Or Back- end, which deals with data and how information moves. Then there’s full-stack, which is all of this together. So at first, I thought I would choose front-end because I have a design background. I’m a visual person, I like the gratification of seeing what I make work. But after the foundation and orientation phase, I found out that I liked the back-end, so I decided to do full-stack. I could have done back-end alone, but I like to see how things are connected. We just finished our project. We built a Reddit clone from scratch. We built it just to understand the logic, to understand how to make things look a certain way and how the information from the database gets passed. If someone votes where’s that number stored? How do you make sure this number is locked to this button? There’s a logic behind these commands.”

Wow, that does sound intense. Rewarding but intense. What advice do you have for someone starting the course?

“Balance. Although the course can be intense and overwhelming at times, it wouldn’t be a bad idea to consider tweaking aspects of your life i.e. sleep, exercise, social life etc. because when you do enter the industry, it won’t get any easier, you’ll still have much to learn (if you want to grow in your career), so you might as well try and design a system that would be conducive to your learning and growth (the sooner the better). Because I chose the full time course, I quit my job end of August. It would have been impossible to juggle both.”

Why did you choose this Green Fox Academy?

“My girlfriend’s an IT recruiter and she helped me pick this course. She’s been nudging me to make this kind of transition for a while. This is one of the only courses that teach according to the demands of the local market, which makes sense to me because I intend to work in Prague. They also offer a placement program with partner (and non-partner) companies, which is what I’m enrolled in. Yesterday and last week, different companies came in for TechTalent Speed Dates, where all the companies would interview you for fifteen minutes. And if it goes well, then you’ll work with them for a year.”

Have you got a job as a Junior Programmer lined up after graduation?

Attention! The admissions process and the associated interviews are conducted on a continuous basis, and thus, empty slots are filled year-round. So if you want to make sure you get in, apply as early as possible

Join and learn the most wanted skills on the market!

We use cookies on our website in order to give you better customer experience and a safe browsing environment.
Accept