Educate your employees in a tailor-made in-house academy

Many companies struggle when it comes to HR. Either they lack employees or they have employees with insufficient skills. What to do, when you have loyal,hard-working employees in a department that has no future? Retrain them! “In-house academy is a flexible concept and the courses’ content can be adjusted to the company’s needs,”says Barbora Wachtlová, COO of Green Fox Academy. 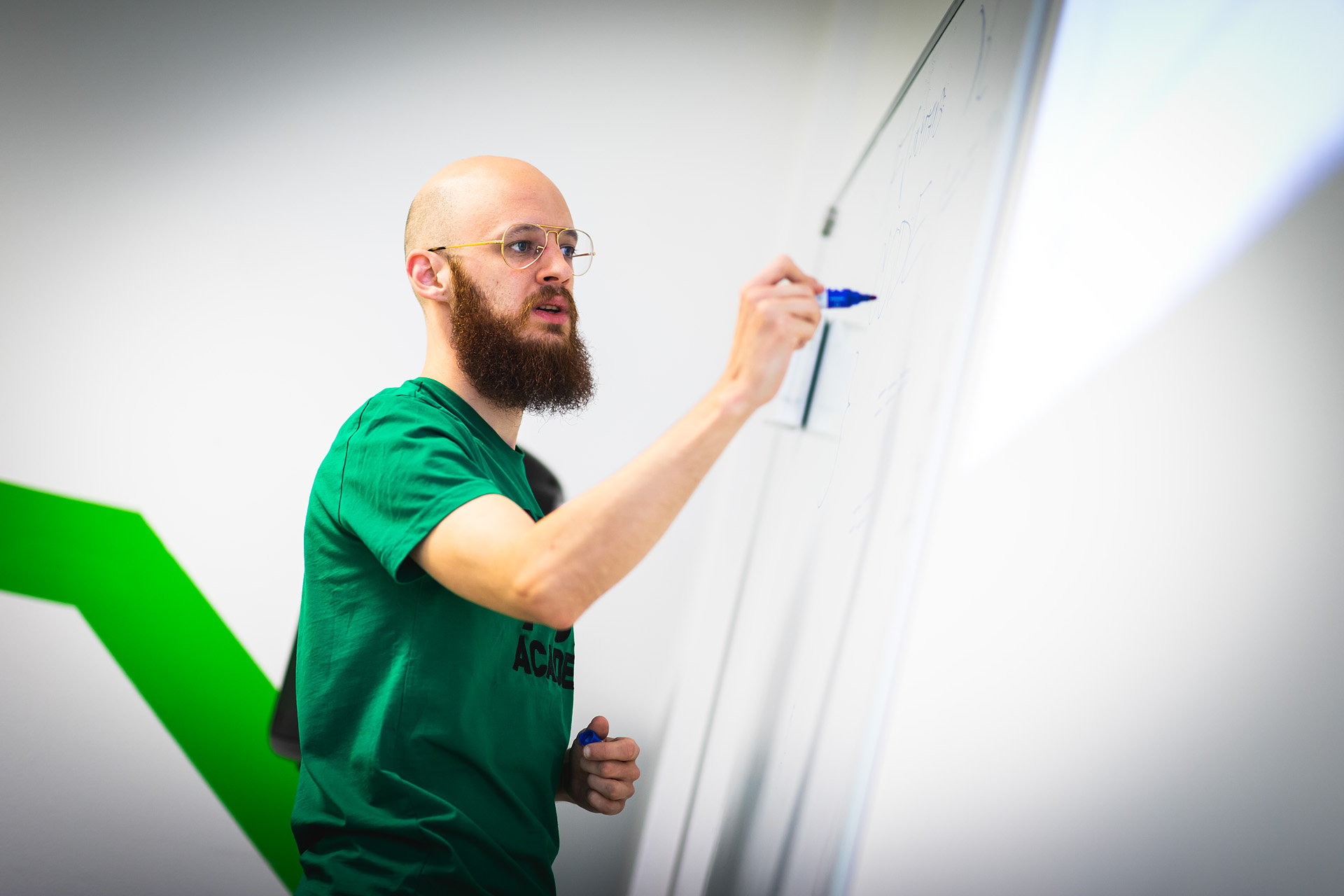 Sophisticated system of internal trainings was launched four years ago by Green Fox Academy in Hungary and now is also available in the Czech Republic. The experience from abroad proved this concept successful. Already a few international companies used the opportunity to train their own specialists - eg. Lufthansa or Bosch. These two companies decided to retrain their current employees as there was a need for more software developers.

The idea of in-house academy also caught attention in China. Due to a lack of employees on the market the academy adapted to company needs - a Chinese enterprise hired fresh university graduates with theoretical knowledge but no practical training. Green Fox Academy and the company then created a special bootcamp. After the students complete it, they start working in the company without further need of induction.

The flexibility of the concept enables companies to state directly what their needs are and determine the content of the classes. It can be the basics of programming, so that the employees can deal with digitalization, or more advanced level of coding connected to a change of working position. Often it is  needed to grasp a new technology. “If a company works with a certain technology that starts to become outdated, it is necessary to rewrite the software and retrain the people,” says Barbora Wachtlová and adds: “At that moment, when employees already have some knowledge, it’s quite easy to direct them to a different technology and teach them to work in it. The same applies to the situation when the existing technology gets an upgraded version.”

Nevertheless, it’s not always only about the hard skills. “Among the most frequent demands of clients is that we include the training of soft skills in the curriculum,” points out Barbora Wachtlová and continues: “Often there are significant changes in job descriptions of the involved employees and it is expected that the newly trained people will be able to communicate with clients, so it is vital to work on their communication and presentation skills as well.”

Place, language and intensity are individual

Another advantage for the companies is the possibility to choose the venue for the training. The academy can be held at the company’s premises or Green Fox. When preparing the syllabus, the length and intensity of the classes are  fine-tuned. The language of the class is also a subject for discussion. “It can be Czech or English, the latter is better of course,” thinks Barbora Wachtlová and continues : “If someone wants to program, they must have at least a minimal capability of reading and understanding of technical documentation. Coding is much easier for those who speak English.”

You only have to start

It’s up to you, if you use the potential of your current employees and give them a chance. Bear in mind that the investment in your existing employees is always cheaper than finding and hiring new ones. The in-house academy is 100% custom-made and flexible even throughout its duration, making your decision, whether to try this, easier. There are 50 elite programmers at your disposal, who are ready to help you. The only thing left is for you to make the  first step...

we'd love to hear from you

Thank you! Your submission has been received!
Oops! Something went wrong while submitting the form