Five in one or Rohlik is fantastic for the graduates

Five newly trained software developers were welcomed in the IT department of a prestigious employer. The online supermarket Rohlik.cz hired five graduates of the junior developer course - Daniel, Honza, Filip, Petr and Vojta. The informal environment, internal training and great boss are all praised by the graduates. “We’re happy here and enjoy the work a lot,” the five agree. 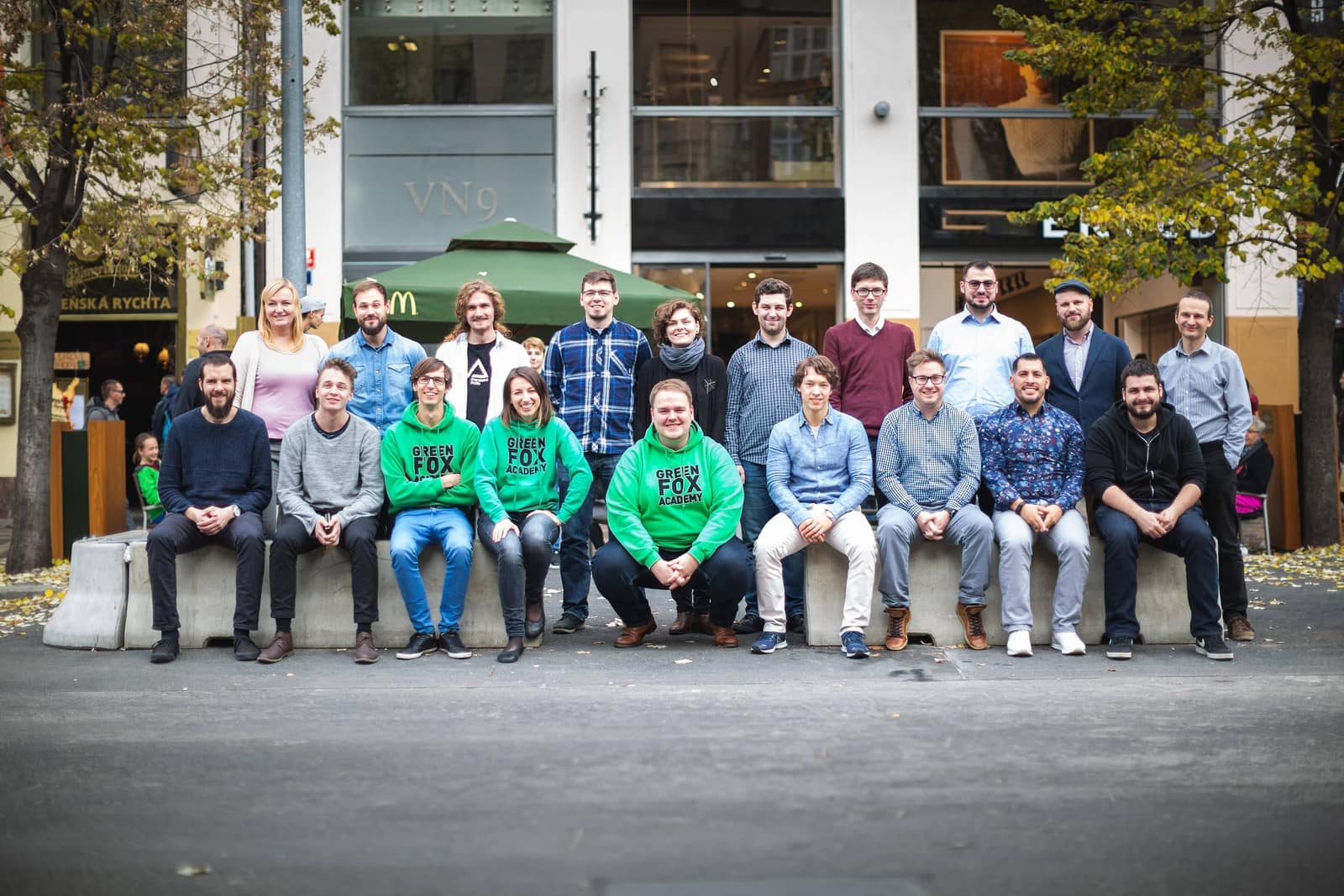 The representatives of the leading Czech online supermarket caught everyone’s attention already at the Tech Talent Speed Date, where companies have the opportunity to interview students. “I knew immediately after the short interview that I would like to work for them” Filip recalls his first impression of the meeting with his current employer and continues: “I hesitated with the other companies. There was something I didn’t quite like. But Rohlik is among other things a Czech company and that’s great.”

The experience was similar for others as well. “When I spoke with Dominika and Ondra, both of them really made a good impression,” agrees Daniel and adds: “When we discussed the interviews with other students of Green Fox, we were all enthusiastic about Rohlik.”

One was not enough, Rohlik hired five juniors

Positive impressions on both sides led to the deal of five graduates joining the successful startup established by Tomáš Čupr. A higher number of graduates is an advantage for the students too. “I’m really happy that there are  five of us here,” says Vojta and continues: “I’m glad to be here with the people I know from the course. That made my start in the company even better.”

At first, it can seem that the online supermarket chose rather a diverse group - dutiful and hardworking Filip, extroverted Jan, easy-going Peter, selfless Vojtěch and enthusiastic Daniel. However, all of them have  great potential and they complement each other well. For example Peter has practical knowledge that the employer can appreciate. “When I was in England, I worked in a warehouse. So I know perfectly how a system works. I tried many jobs that we now deal with and create solutions for,” recounts the  Slovakian native.

Rohlik chose a different approach to newcomer onboarding - instead of the usual individual onboarding a sort of academy was set up, where the head of software development teaches the five juniors new technologies, that they will be using later at work. Yet, who would expect a slow takeoff, would be mistaken. “The academy is awesome. But the pace is even higher than in Green Fox. At least when it comes to learning new technologies,” describes the first months Filip and continues: “But Míla, our boss, has the ability to explain everything accurately and simply. He devotes  a lot of time to us.”

It’s the new technologies that give the juniors some advantage. “We learn new stuff in the academy, such things that even the other employees have still to learn in future,” admits Peter and says: “We try and learn as much as we can, so that we’re ready for when  the academy is over.”

Honza is looking forward to the practice. “I’m glad we’re beginning with the academy. We have more time to get familiar with the workplace,” says Honza and adds: “On the other hand, I would already like to start doing the real work and learn by doing.” That will come soon.

After several months, the juniors can assess their impressions from the new workplace. “When I first thought of where I could go after the course, Rohlik seemed out of reach. I didn’t think they would give a chance to juniors,” recalls Filip.

“I was convinced that whenever I go after the course, I will enjoy it,” admits Daniel, who sees the importance in the programming itself. However, he too found the ideal job in Rohlik: “I’m really happy that I ended up here. Now I want to learn as much as possible and try out new technologies, maybe even different positions in the IT team. We will see what opportunities turn up.”

Vojta experienced a turnabout after the change of his career. “I like my job and I look forward to it, which is a huge difference from before. I’m more than happy here and the company culture is great.” Peter agrees: “I appreciate that Rohlik is a young and dynamic company. I really feel in my element, like a fish in water. And my star sign is Pisces,” smiles Peter. Also Honza names the positives of the new job. “The employer is really forthcoming and I like it here. The atmosphere is nice and the boss is great.”